Home » News & Events » Going to a theme park with an ostomy

Going to a theme park with an ostomy 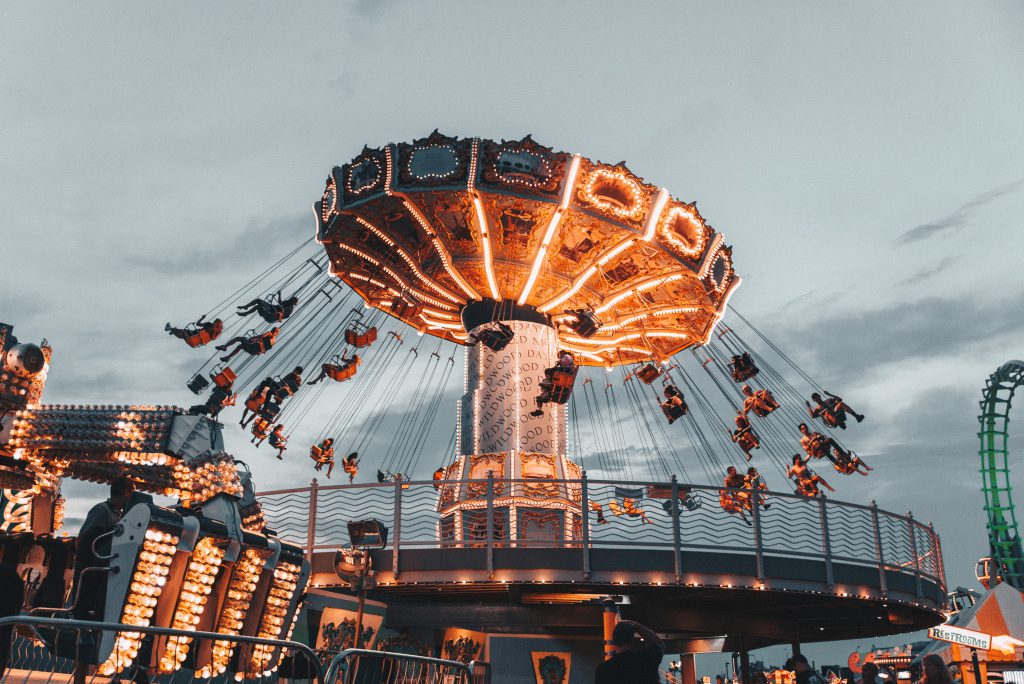 I don’t know about you, but I have often found my self assuming that I can’t do certain things because of my stoma. In reality, I have no reason to think that.

I remember thinking that I couldn’t lay on my stomach the whole time I had my first stoma. There was no rational reason for this. No-one had told me that I couldn’t, and it turns out that I could! I went to a spa. I had a massage. All was well!

So, I stopped constantly thinking about my stoma as a barrier. I started recognising the things it had allowed me to do instead.

My experience at theme parks

The first time I went to a theme park with my ileostomy, I hadn’t once thought that I might not be able to. I was just excited about going to a theme park, for the first time in years, because I was finally well enough to do so! It went really smoothly, and I had a great time! The kids were at school, so we got straight on plenty of rides, and returned home exhausted, but satisfied.

The second time I went to a theme park was a very different experience! Firstly, the kids were off school, and that was a mistake that I won’t be repeating! Because of this, the queues were horrendous. The queue lines were constantly being closed due to being at full capacity (which is around a two hour waiting time). We spent the day walking from one side of the park to the other, just to queue for one ride, to then find that we had to walk back to the other side because everything near us was now closed.

Then, came the quest for food! I can eat most things now, but that doesn’t mean that I want to. I was also considering what would not make me more tired, feel bloated, or cause my bag to rapidly fill later on. I did not want to be in the middle of a 90-minute queue with a full bag, waiting for a ride which would involve pushing a metal bar into my abdomen! We walked from food place to food place, looking at menus and deciding it was rubbish. We eventually chose a restaurant and joined the queue, which was probably the longest wait of the day. Or, maybe it just felt like that because I was already tired, aching, annoyed, and hungry!

It’s ingrained in me now to be on a constant lookout for toilets, so that’s an everyday occurrence no matter where I go. Which is fortunate, because I had to go a fair few times.

This time, we returned home exhausted and wholly dissatisfied. The only saving grace of the day was spending time with our friends!

It is also worth noting that many of the bars that have to be pulled down over your body on the rides, did line up with my stoma. If you feel uncomfortable getting on rides because of this, you can get stoma guards/shields that will prevent any damage from accidental knocks. Some of these are available on prescription.

So, what wisdom do I have to pass on to those thinking of going to a theme park with a stoma?

Go with people who understand that you may need certain adjustments to the day – like eating times and toilet stops.

Don’t forget your emergency supply kit and any medications that you may need throughout the day. If you’re prone to things like backache if you’ve been standing for a long time, maybe even take some muscle rub!

Dehydration happens even in the cooler weather, especially for people with an ileostomy. Be prepared, whether that be with drinks, salty snacks or rehydration sachets/tablets.

Make sure you’re wearing comfortable clothing and trainers! Don’t forget a waterproof outer layer, even if it’s hot. Especially if you like water rides!

If possible, go when the kids are at school.

As always, scout for toilets. If you can get a map of the park, then do. The second park we went to had a free app, which included a map.

If, like me, you need to eat little and often, take snacks!

And finally, have a good time!